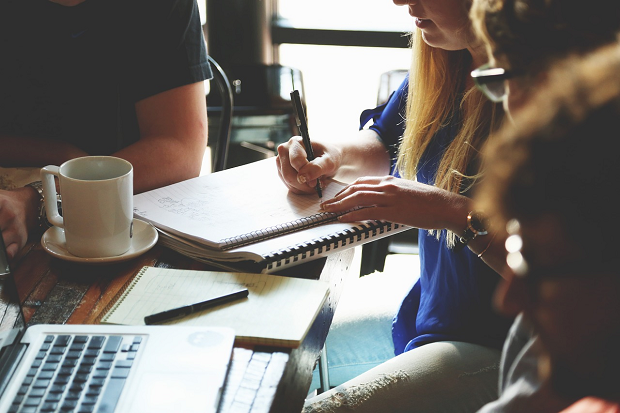 Like many areas of the civil service, the SFA is in the middle of a significant digital transformation programme.

Becoming digital by default is not a change confined to the digital team, it’s about transforming the way a whole organisation works and delivers services.

Digital: IT change or business transformation?

Earlier this month the National Audit Office published their report on the digital skills gap in government. They surveyed digital leaders  across government and found most reported that many people in their organisation view digital by default as an IT or technology change, rather than business transformation.

It’s really important that staff across an organisation understand that digital by default affects them, and that everyone has a stake in digital transformation.

One of the ways we’re trying to do this at the SFA is by establishing a Digital Champions network. People were nominated from across the organisation to become a Digital Champion, and the network was formed in September.

The champions’ roles are to:

We don’t expect them to be doing all this straight away or without support!

Running the SFA’s Digital Champions network is a joint effort between Anne Fessi and Sameenah Begum from the Chief Executive’s Office, and Stuart Vickers and myself from Chief Digital Office.

Earlier this month we ran a Digital Champions Day. The aim was to tell the Champions more about the SFA's digital journey and to bring it to life with examples.

Anne, Sameenah, Stuart and I spent quite a bit of time thinking about what to cover, and of course got input from the champions themselves. The final agenda was quite varied. In the morning:

In the afternoon we ran digital skills sessions to give our Champions the opportunity to learn more about a particular topic or try out something new. The Champions could choose three sessions to attend. We ran sessions on:

We wanted to make sure that we didn't lose the momentum of the day, so before we let them leave(!), each of our Champions had to make “pledges” - things they committed to do to support the SFA’s digital journey.

We’re currently refreshing our digital vision document – a high level overview of our digital strategy. The Champions first pledge was to help us with a bit of user testing by reviewing the document with their teams and gathering feedback.

The Champions also pledged to do something that would help their teams on their digital journey. Examples of pledges Champions made include inviting guest speakers from the Digital team to team meetings, and getting their team to use a Yammer group to improve communication.

Finally, we asked the Champions to pledge to do something that would improve their digital skills/awareness. The pledges made included going to observe a user research session, going on our in-house agile training, or attending some show and tells.

One of our Lead Developers, Anish Mistry, also came to talk to the Champions.  As well as supporting the development of our digital services, Anish and his team dedicate a proportion of their time to rapidly developing digital solutions that make things simpler, clearer or faster for our staff.

We asked our Champions to work with their teams to think of an idea for Anish and his team to develop. We’ll be holding a Digital Dragon’s Den day when our Champions can come and “pitch” their idea to Anish.

We're looking forward to hearing about the Champions progress on their pledges, and hearing their Digital Dragons' Den pitches! In the new year we'll be asking the Champions to help us measure the SFA's digital maturity.

We know others across the civil service are running digital champions schemes. We'd love to hear about what's worked well for you.